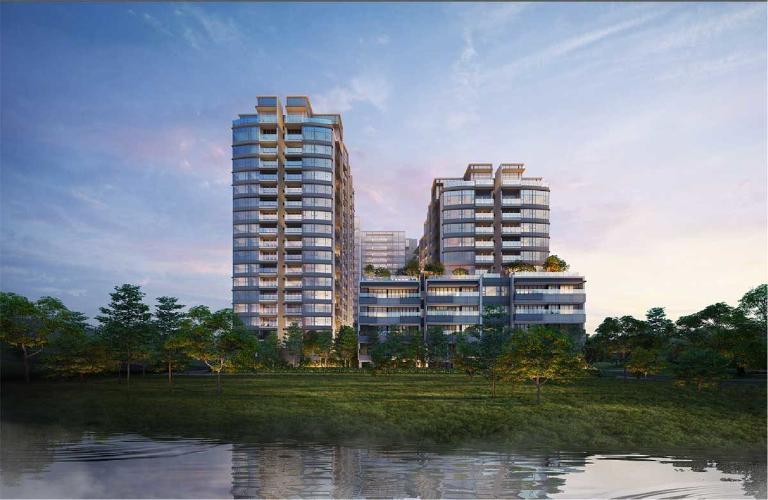 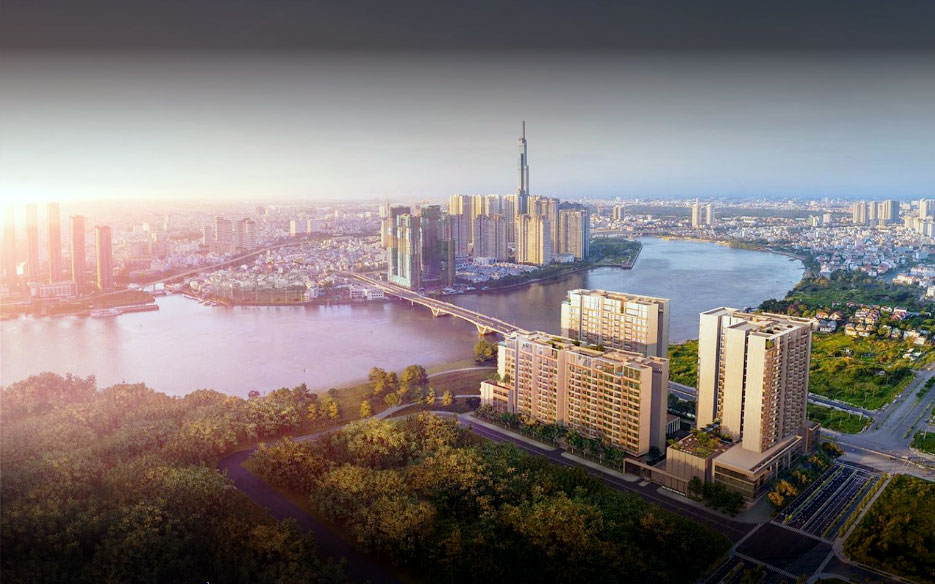 – Myopia: The River possesses permanent view of Saigon River, the entire CBD area of the city and all the iconic towers Bitexco, Landmark 81 …
– 2 near giang: Only about 100m from Saigon river.
– 3 access roads: Located right in front of Vong Cung Boulevard – the arterial road of Thu Thiem New Urban Area. Connect to the central districts via Thu Thiem 1 Bridge and on-going infrastructures such as Thu Thiem Bridge 2, 3, 4.

UTILITIES OF THE PROJECT RIVER THE RIVER 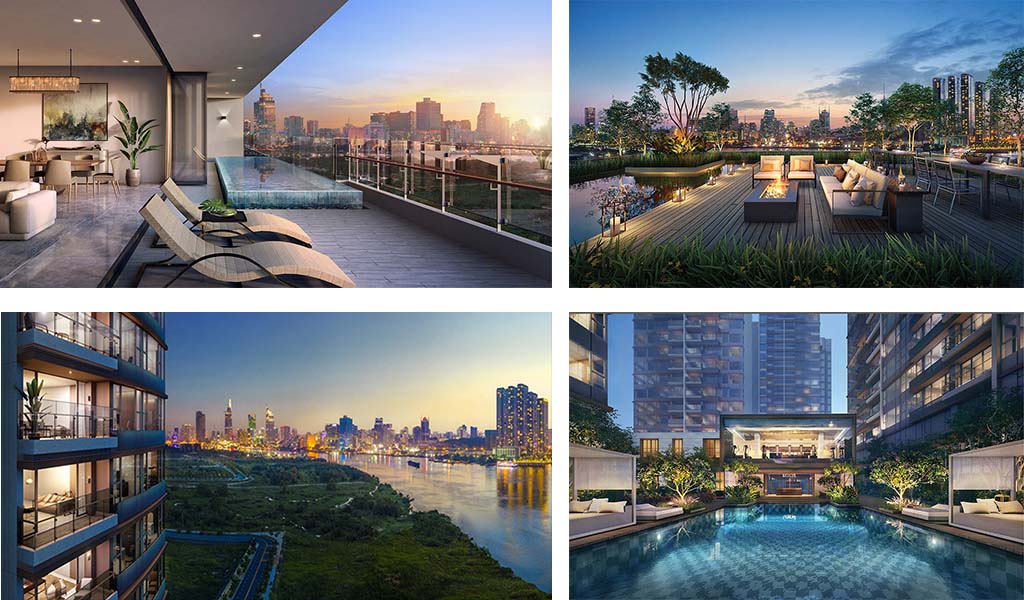 PROCESS OF PAYMENT OF THE APARTMENTS THE RIVER THU THIEM

Payment progress of the project in April 2020 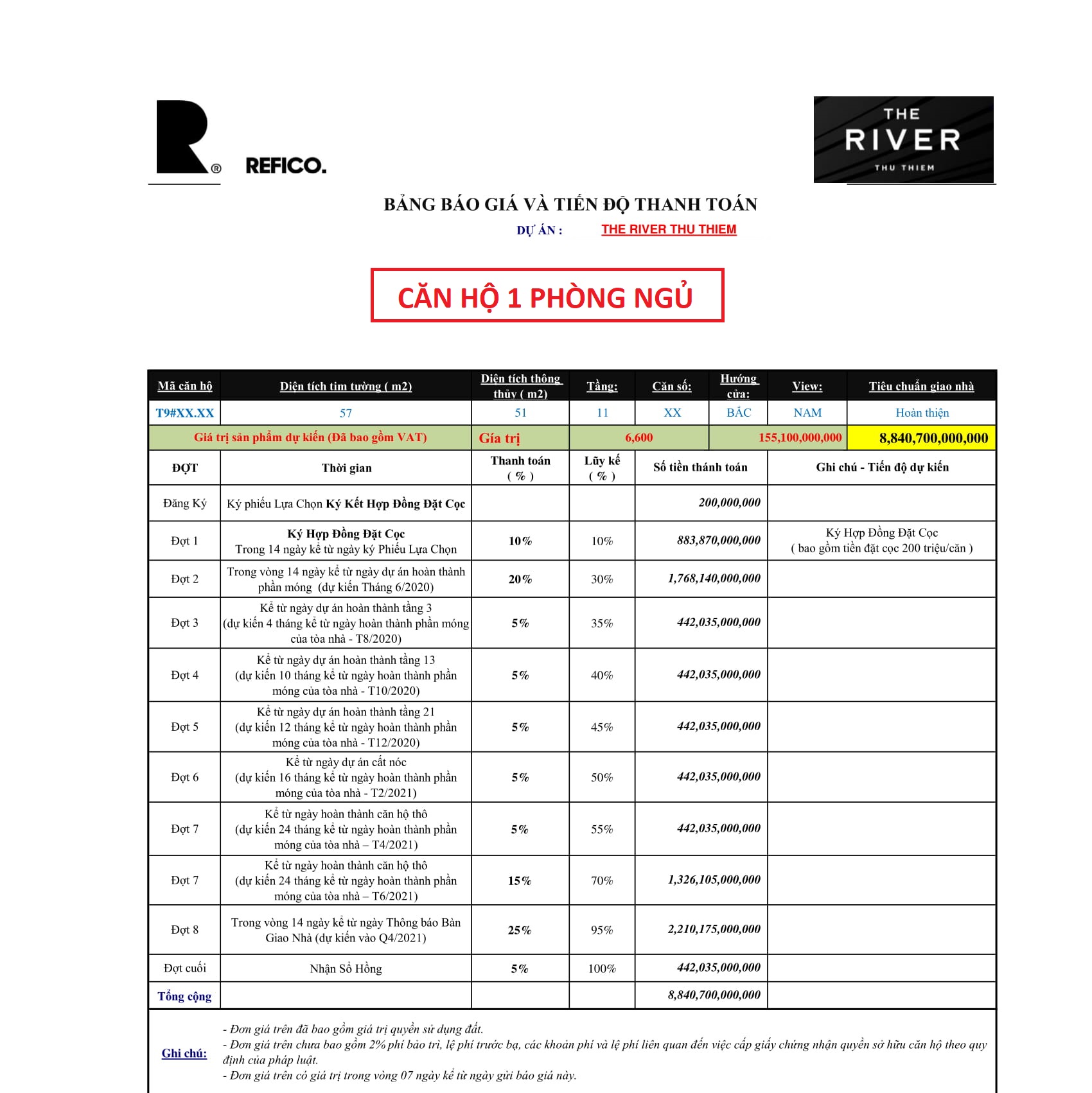 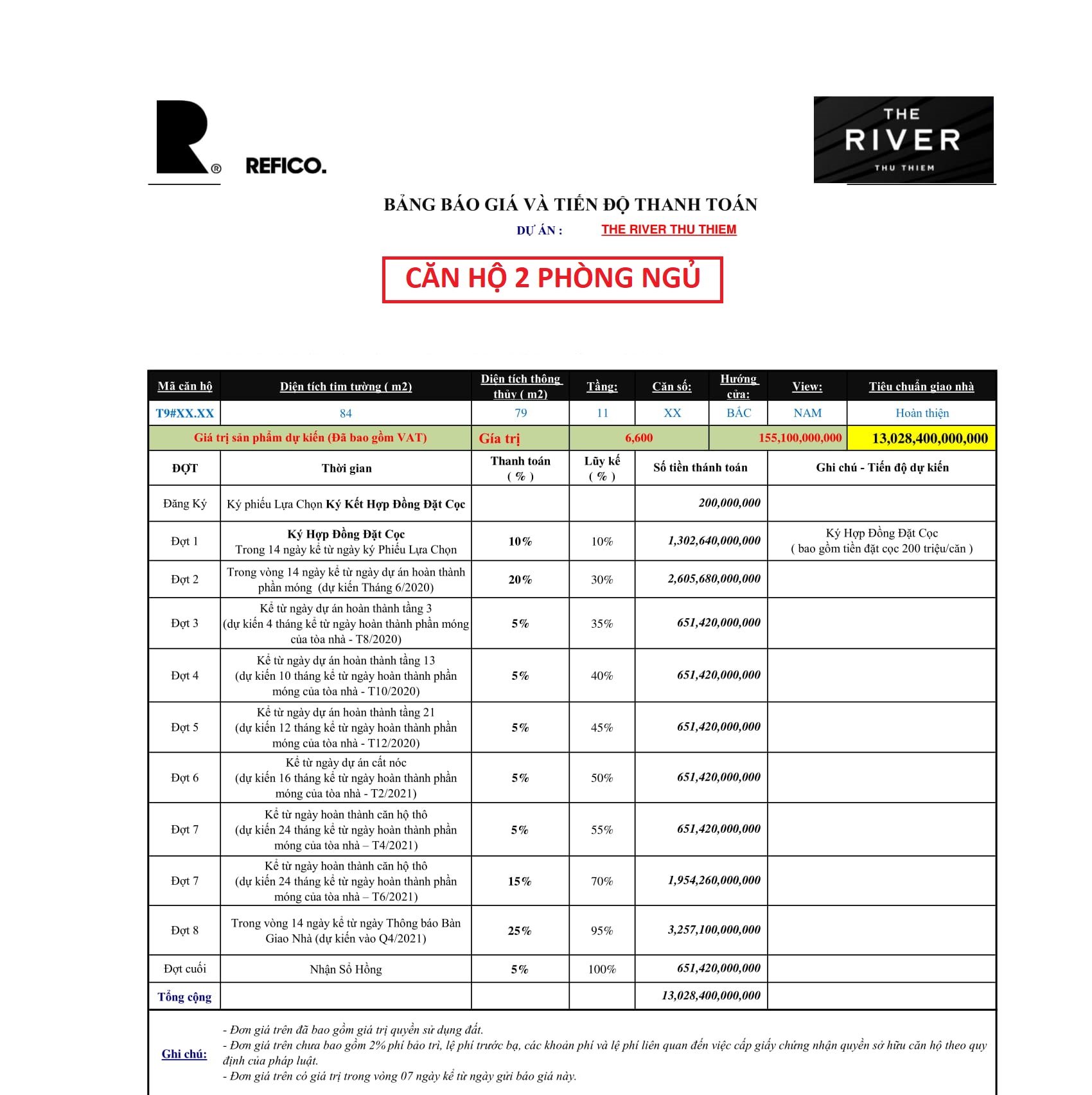 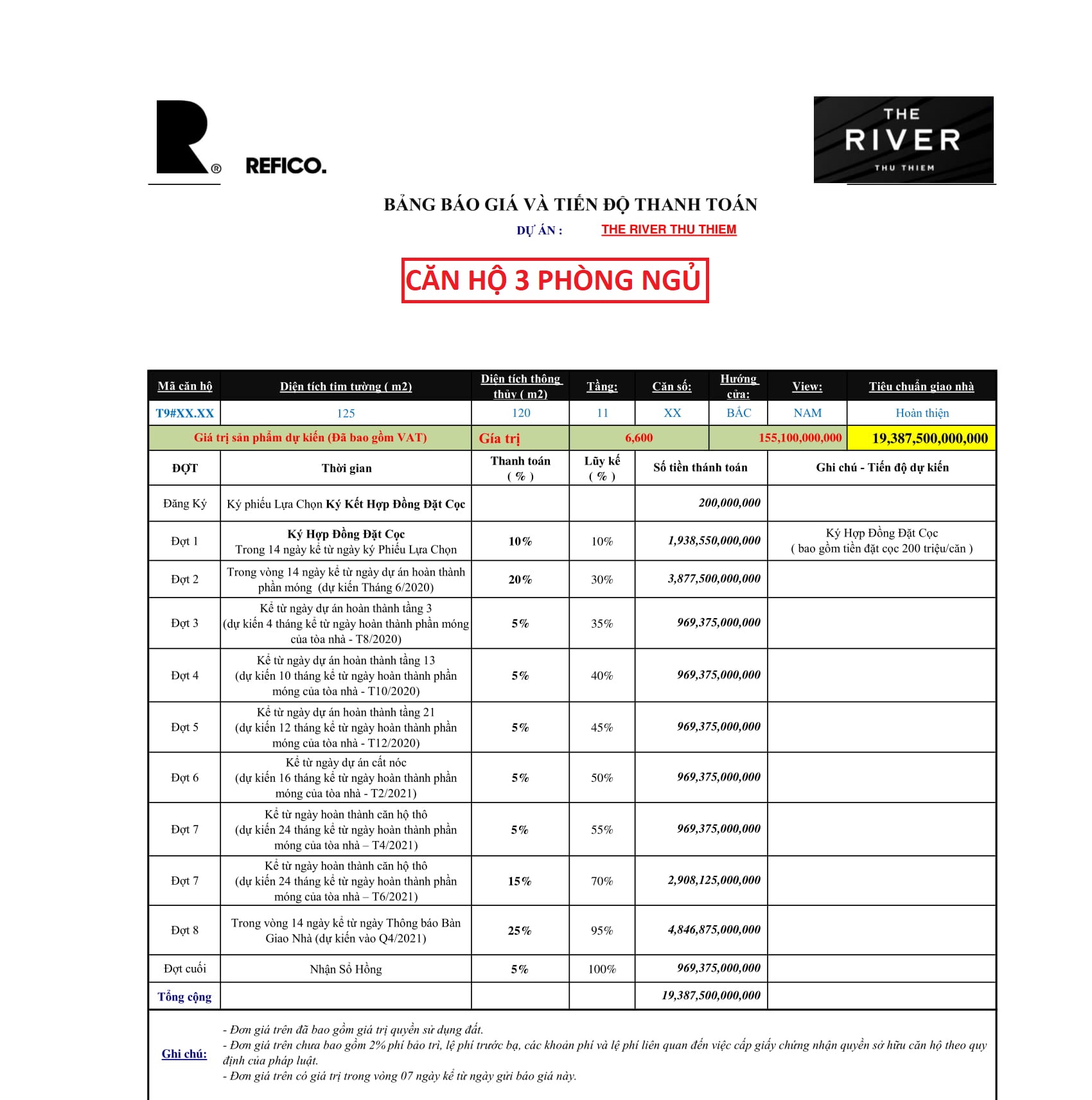 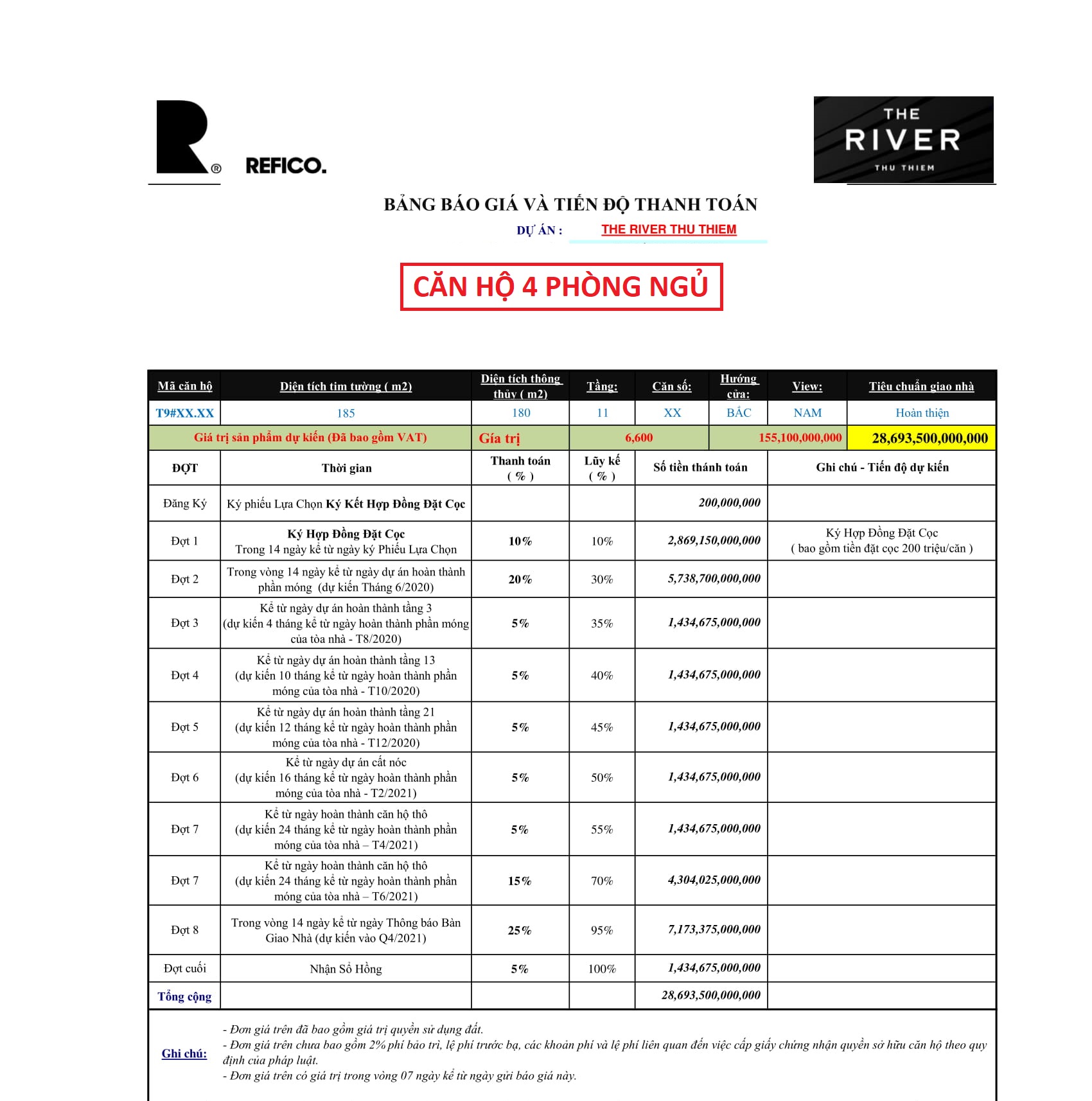 WATCH THE HOUSE FOR FREE AND FAST